A 12-year-old Ric Scott started painting cars for GP2 back in 1999 and designed his first team car ‘British Racing Team – Ferrari’ based on the 1994 Williams livery.The sponsor on the side, ‘Titteringdales’, was his parent’s guest house in Grasmere, Lake District. A year later Ric changed the design of the car to yellow and blue, with a similar design to the ‘94 Benetton. In the same year, Ric had been chatting on the AlphaF1 forums and discussed starting his own GP3 league up with some friends. The team name changed from B.R.T. to Hawkeye Racing, and took part in the inaugural Hawkeye Offline World Championship (HOWC) scoring a number of podiums along the way. The team also entered the GPVWC with Blair Disley and Alexander Masendycz but only competed in a couple of races.

Blair Disley continued to drive for Hawkeye but this time in the HOWC. More podiums followed but the domination of the Belgian Nils Beosier and then the Australian Chris Connolly meant that victories were hard to come by. Due to Ric’s admin duties, his Hawkeye team were not entered into the 2003 and 2004 seasons. 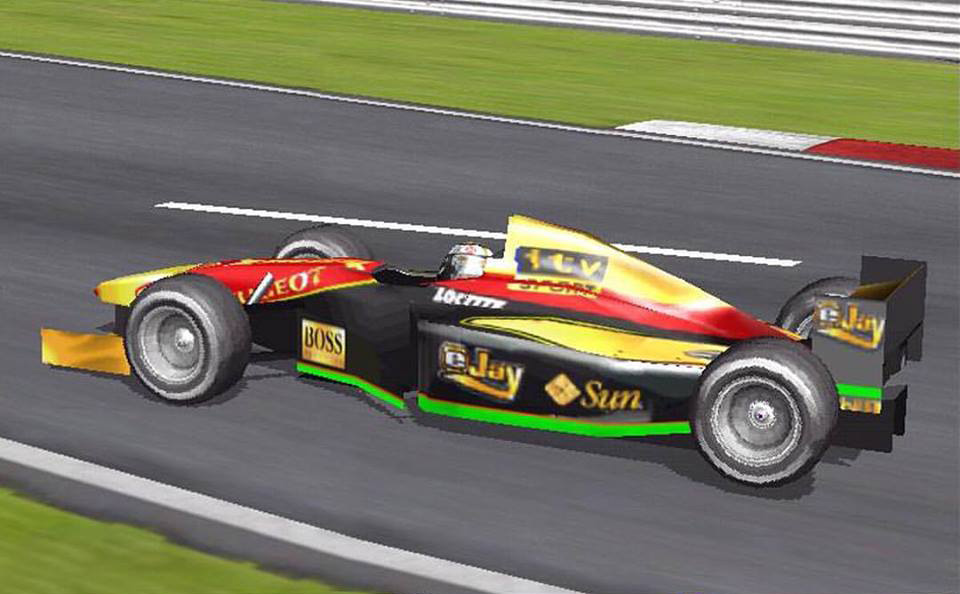 After a couple of years out, Hawkeye returned to racing, for HOWC’s GP4 championship. Team manager, Ric Scott, raced for the team alongside Portuguese rookie Hugo Nobre. Hugo’s performances helped him reach 8th in the championship but the constructors title was far off for Hawkeye due to Synergy’s dominance. In the same year, HOWC started up their first rFactor championship in what would eventually become their main competition. In the first season 3 drivers were allowed per team and Hawkeye went with Ric Scott, Stefan Gordon and Michel Haringsma. The team had their most successful season yet, clinching the constructors title with 6 pole positions and 5 wins (3 coming from Stefan and 2 from Ric). In their 6th season Hawkeye had finally done it!

In 2006, Hawkeye improved on their success from last year by retaining the constructors title, winning 12 of the races. Stefan Gordon won 11 of those races, helping him to his first world drivers championship title, finishing way ahead of his main rival Gary Kemp. Ric finished in 4th ensuring Hawkeye finished comfortably ahead of Mike Pitman’s Vod:Bul in the constructors championship.

06-07 Winter Championship
Stefan parted company with Hawkeye this year, with Hawkeye bringing in the talented Belgian Frank Van Laere to replace him. Two wins from Ric Scott helped Hawkeye stay in the fight but ended up finishing 4th in the championship behind last years rivals Vod:Bul, Evolution Motorsport and Evolution Racing (2 teams managed by ex-Hawkeye driver Hugo Nobre). Ric finished 4th in the championship with Frank Van Laere down in 12th after an unlucky season. 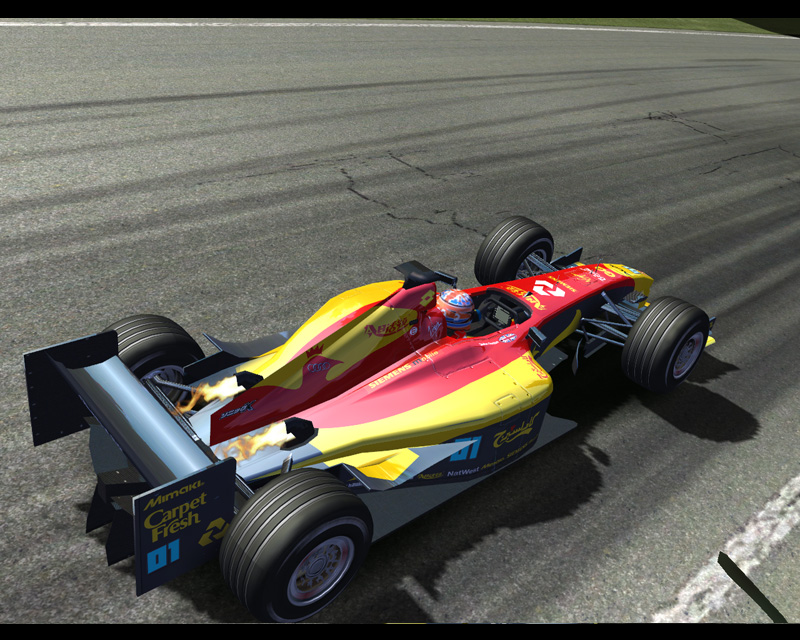 With new faces joining the HOWC, different rules were enforced to make the league more like F1 with full distance races introduced. This proved to be unpopular with a lot of teams pulling out of the championship with the league admin deciding to call off the championship halfway through. After 7 years HOWC was no more and Team Hawkeye were forced to stopped racing. 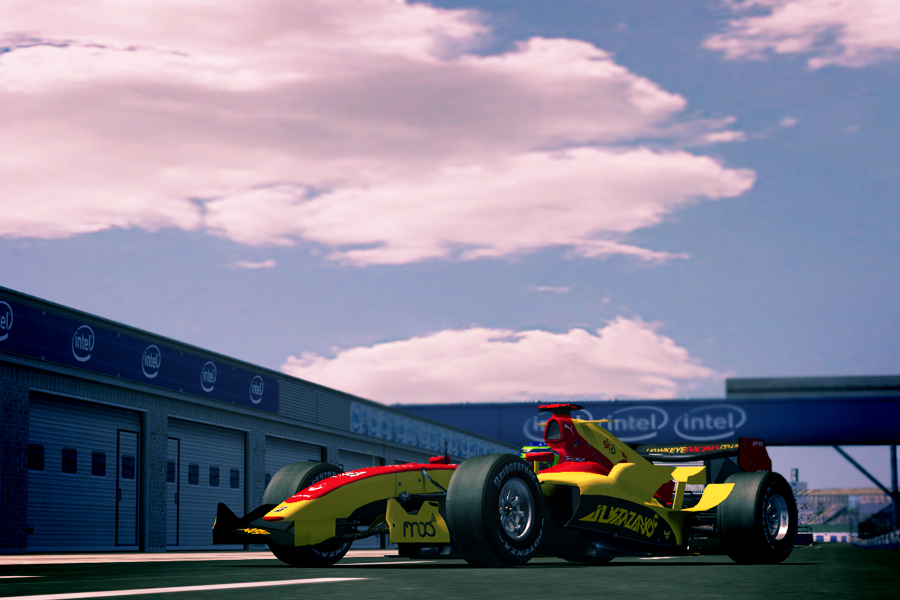 With the release of rFactor 2 approaching, Ric Scott spoke to old HOWC members to see if they would be interested in racing again. One of the racers he spoke to, Phil Perkins, told him how he was still racing, in GPVWC. After joining the league to race as Phil’s team-mate in the Supercup, Ric decided to enter Hawkeye Racing into the championship! He quickly found two talented drivers to race for him in the form of Viesturs Priede and Tommi Koivunen. The team entered the league late on, but still managed a couple of points finishes, finishing 16th overall in the championship thanks to some good drives from their stand-in driver Adam Rouse. Viesturs Priede had several strong displays finishing 11th a number of times.

Having gained valuable experience in the Supercup, Hawkeye announced their entry into the GPVWC’s premier competition, the Superleague, taking over from Triple-Double Racing. The team unveiled a formidable line-up, with TDR racer and Supercup champion Bart De Vos staying on and Bart’s SC team-mate at Malta Force, Lewis Redshaw, taking the other seat. Hawkeye performed admirably at the start of the season, with several points finishes from both drivers putting them in a good position in the teams first season back. However, when Jamez Shepherd joined the team things changed dramatically. The Australian’s performances (including two 2nd places) shot the team up into 3rd in the constructors championship, ending on a high and surprisingly a lot of the regular teams.

For their 2nd season in the Superleague Hawkeye announced the same line-up of Lewis and Bart. Unfortunately Bart suffered computer issues which plagued him last season and the no.2 seat was occupied by a number of different drivers which effected the teams consistency. However, Redshaw was getting better and better throughout the season with the highlight being pole and 3rd at Abu Dhabi. His points, along with those gained by Oscar Hardwick and Oskari Kantonen ensured Hawkeye finished 5th in the constructors.

Hawkeye’s 3rd season in the Superleague was their most competitive with new drivers Harley Hamnett and Gergo Baldi. Harley secured Hawkeye’s first win at the British GP only to have his results removed due to breaking the rules. Despite this set-back, Gergo’s consistant drives all season secured Hawkeye 5th place in the constructors championship

Our most successful year yet. Team manager Andreas Wauters secured the services of the current World Champion David Fidock and the Brit did a fantastic job, winning 2 races for Hawkeye (our first wins in GPVWC). Unfortunately, Fidock’s team-mate Gergo Baldi left early on and the no.2 seat was occupied by 6 different drivers. Fidock’s consistent podiums meant he went on to finish 2nd in the championship, giving us our best constructors finish ever (4th)

Hawkeye Racing went through their worst season since 2001, finishing 13th in the standings on 27 points. The lack of consistency with driver seats was the main issue, having used 11 different drivers throughout the season. Half-way through the season, the team decided to halt development of the car in order to focus the resources on making the 2017 car as strong as possible.

After a poor season last year, team owner Ric Scott took a more hands-on approach with the team, assisting Wopke Hoesktra in signing the talented Alex Cooper to race alongside up-coming Swede Tobias Olsson. Cooper was a huge success, finishing in the points in all but 3 races and winning the Russian Grand Prix. A string of DNF’s for Olsson meant he was eventually replaced by former 2 time World Champion Lukas Euler. The team more than made up for their terrible 2016, finishing 5th in the championship on 202 points. 2017 also marked the debut of Talos, Hawkeye’s very own power unit.

Determined to build on 2017, owner Ric Scott took full control of the management of the team. The experienced Spaniard Fran Lopez and the Portuguese ace Ricardo Costa joined the team, making it one of the strongest line-ups in the teams history. The 2018 season will be the most competitive ever, with one of the most competitive grids and the introduction of prize money.